A post which Katiemay came up with from 2005... a letter to my long-missed grandmother about the dual goals of keeping our lifestyle as realistic as possible, while acknowledging the Giggity of it all: the tingly, delicious fetishism of it...

I love how complex these Backside-type psychologies are, and even how they can be contradictory. I think you would have loved a lot about this lifestyle, if you'd been born in a different time.

Like how CP can manage to be something that's both real, and effective for what it seems to be about -- discipline and behavior modification -- and also manage to be an arousing concept, all at the same time, to many of us.

Today, I varied from the plan I had in mind for some catch-up tending, and while she was holding the ritual enema, I went ahead and made her squish a couple of times, over my lap.

Sometimes, I use climax as a form of soothing, awhile after a punishment. Not always. I think there are times when it's much more effective to keep a punishment separated from pleasure, but I understand how they're pretty closely intertwined for her, and know that she'll feel arousal later on anyway, from thinking back on the spanking she got -- so making her climax awhile after a real punishment usually doesn't detract from the headspace of real-and-true punishment that I know is good for her on several levels..

But that's the contradiction, the complexity, because I also know that the actual spanking -- the ritual of it, the Daddy/little-girl headspace I guide her through as part of a sound paddling -- actually does work as behavior modification. Like many, we both can find the *concept* and thoughts (memories... anticipations even) of CP in our lives to be arousing, while the actual application of it is so much more than just roleplay, but rather it's true discipline, and something she truly tries hard not to earn.

But knowing it's there, knowing that I love her enough to take her through it now and then, no matter how much she doesn't want it at the time, is one of those life-long and immensely potent arousal-points for people like her and me.

But today, she actually had two punishment scheduled. A rarity, but sometimes we struggle with being able to do all that we'd like to do, when we'd like to do it, since I died a couple of years ago, so sometimes there is much love to be made-up for..

And while I was at it, since I use the same classic position for giving her bottom a good washing-out as I do for a paddling, I decided to take advantage of that fact, and give her the weekly maintenance enema between the two spankings.

The first was for a mere household rule thing, which wasn't about health or safety, for which she gets the most strident attentions. So it was a brisk, but short and not too-heavy paddling with a very light paddle. This allowed me to hug and soothe her back from those tears pretty quickly -- it was a "baby spanking", as I sometimes call a less-severe session over my lap, and didn't require the hour-or-so of aftercare that a more important lesson requires, once it's learned.

Once she was relaxed again, feeling my love, hugged back from tears to pouting into my chest and holding me tightly, and responding in ways that told me she was in the right headspace, I began the enema ritual. This includes lots of kitty-soothing, as nothing helps a girl relax and manage an enema better than (a) being told to keep her legs splayed while across your lap, emphasizing the very intimate exposure of such attentions -- and of course, the completeness of her submission to you; and (b) lightly stroking her there, soothing her guttural reactions as you prepare and open her bottom, and then go through the enema ritual.

She'd been such a good girl through her first paddling, that when I felt and heard her rising arousal in the midst of the enema, as I was innocently soothing her just-shaven kitty, my tender heart relented, and I leaned to whisper instructions in her ear, as I opened her and focused my attention on her kitty's "nose", that I was going to have to make her squish now.

Making it feel like tending to her, like an instruction to do something whether she wants to or not, pushes he climaxes even higher, and it was mere seconds before the combined input of her warmly-pinkened bottom, the way I'd opened her bottom with my fingers to prepare it for the enema, and the larger douche nozzle deep in her bottom now, and she came on my fingers at the exact moment I commanded it -- and then made me trebly proud as she gifted me with the obedience of climaxing on command twice more.

Well, her pleasure fills my heart, little could feel better to me in life than pleasuring a Love, and so once she'd spent a good, long, healthy, purging time on the potty, been given permission to get up and come to me for the long cuddle back to reality from all that diverse stimulation, I was having second thoughts about the second punishment assigned.

It was to be a firm strapping, for it concerned a health and safety rule -- she'd forgotten to keep her cellphone charged recently, so it died while she was out with a friend. Being out of touch from me is one of the higher safety rules, and she knows not to put up much fuss about how firmly she's to be punished when she overlooks one of this sort.

And here's where the strangely alluring contradiction of all this came in. Pondering it, with my face buried in her hair in the mid-snuggle of post-scening onenes, I knew that the fact that she'd climaxed hard several times recently, would make a firm strapping feel *much* much more painful.

The endorphin rush, and drained sensitivity of the recently-climaxed woman, has great impact on how CP feels to her -- and despite that it was to be a very real punishment, and over an issue that I consider very important, it actually felt in the moment as if it would be cruel to guide her through the regret/purging/forgiveness headspace arch I had in mind, when she was in this full-body bliss of post-light-spanking, bottom-training, and intense climax.

Part of that contradiction of CP as both turn-on, and real discipline, is that I've long come to take into account that the Butterfly Effect of pre-punishment jitters in the tummy -- sometimes the very low tummy, wink-wink -- which many girls go through, plays a big part in how the physical punishment feels to them.

I believe that the bodily reactions of anticipatory arousal, and even the rising endorphins from pending bottom-pain, broadens out that pain, perhaps diminishing it a bit, but at least making it more of a full-body experience, with diverse emotions of fear, nervousness, anticipation and arousal causing the mind to process the intensity of the actual punishment differently.

Post-climax mellowing seems to render one of these delightful creatures even more sensitive to the opposite inputs of punishment -- being spanked after climaxing makes the same level of punishment feel much more intense than it is being spanked when she hasn't climaxed recently.

So today, I flopped over onto both sides of the amazing line that bisects this world, with CP as fetish on one side, and CP as purging and calming and very real discipline on the other.

Leaving me, this evening, in smoldering appreciation for the undeserving luck I've had to live in a world where such richly complex adoration comes in several different flavors -- sometimes, literally!

END_OF_DOCUMENT_TOKEN_TO_BE_REPLACED

I'm sorry you're not too good and hope you are able to return one day sooner rather than later.

I would agree with you that 'adult little boys' seem a smaller thing in AR/AP circles and even sometimes it appears you're not really wanted like you're the leper.

It would be nice if people would interact with you cos you just sound like us except you're a boy of course and that ought to be fine but soem people can be funny an that I guess.

Anyway when you're better do come and play with us all.

Joanne_chan replied to You Keep Using This Word, Senor....:

I get that Laura, because for some people (and they're entitled to it) a little is a submisive in a more child-like wrapper including attire and does include sexual activity in that setting while for some of us it is being in the mindset of a child even if in Law we're adults so from that we'd be doing those things an actual child would because at that point in time we're regressed and what we do flows from that rather than it being a played out role.

Being that is very much an organic thing and I get frustrated with the numbers of people who put that more adult and sexual side into what are supposed to be child-like spaces rather than leaving them to their own.

It's why on Tumblr I belong to a safe for work non-sexual age regression group where we just talk about being regressed and playing  when we're not posting picture of things we love like build-a-bear plushes, toys we 'play' with or engage in arty things like colouring. Nothing 'adult content'  is allowed in the group nor is anything *sensitive*.

That's so special! I think lots of people feel more comfortable socializing online because of how they think they look to other people. That sounds like kind of a breakthrough! Made me happy just reading about it! :) --UB

Oh That sounds wonderful, Laura. Sometimes we tend to think of pretty as something that belongs to somebody else  and not in non vain way see it in us.

Joanne_chan replied to The Gallery:

There's a difference between co-dependency and being the willing independent part of a mutually benefitual relationship that allows you to 'drop the guard' off your inner kid side, letting it out where perhaps in a works context you may need to be the adult however imperfect and necessary taking time out of may be.

There's a difference between co-dependency and being the willing independent part of a mutually benefitual relationship that allows you 'drop the guard' off your inner kid side, letting it out where perhaps in a works context you may need to be the adult however imperfect and necessary taking time out of may be.

Chris_minor replied to The Gallery: 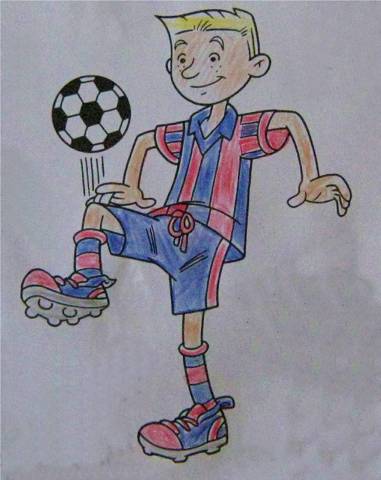